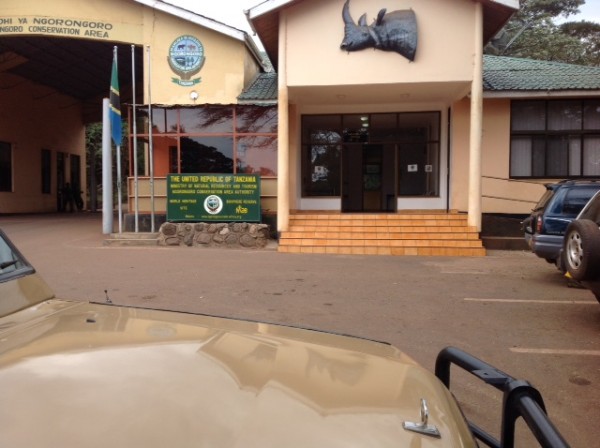 Tanzania is a vast country where one can explore the nature's treasure spread all around the land. For a real experience, one must need the true guide which is why Guideprivate offers great Tanzania safari tours along with luxury safari Tanzania in various Tanzania tourism packages. Guideprivate is not just an ordinary travel guide but we are a group of experienced people who manage peoples’ stay in Tanzania. We cover all your residential problems in luxury and economic packages. We provide you a family oriented place, meal, and share the knowledgeable tales about the area. We are very keen on taking people on different adventurous tours with full equipment and guidance. There are many other companies which handle Tanzania safari tours but the hospitality and kindness of Guideprivate is the one you would not want to miss. We have organized camps of luxury safari Tanzania along with hiking, trekking, traveling, hunting, sightseeing and many other activities under Tanzania tourism packages.

Among the Tanzania safari Tours, a tour to the Ngorongoro Crater is a must because it allows you to see the Crater ﬂoor where world’s biggest caldera is located. This site is known as the Ngorongoro National Park. The caldera here has never been ﬂooded or broken. Its diameter is 19.2km, 610m descend in deep, and 304 sq. km in the whole area. Another notable thing here is the Maasai culture. Their culture is old and these people are wanderers. They live there in cottages with their cows, goats, and other livestock. These people are the only allowed to live in the Crater park and use the water but they are not allowed to cultivate any sort of farms etc.

There is an abundance of lions. Black Rhinos (Rhinoceros), buffalo, leopards, zebras, hippopotamus and many more small mammals. It is said that there may be more than 25,000 species of mammals including small and large. As for the birds, ducks, ﬂamingos, different sorts of cranes, and ostriches live there. Considering this much population of animals and birds, this is deﬁnitely the World Heritage. People go to the camps and to the Crater floor to have picnic lunches and dinners. Apart from natural animal's spotting, there is an option for hot balloon riding.As a part of Ngorongoro Crater Tanzania safari tour, we will take you to the next Serengeti National Park. This Serengeti National park is a plain land which is famous for the migration of animals. Wildebeest and the zebras are the main animals that can be seen migrating from one place to the other to Kenya through the Mara River in a clockwise direction. This National Park is home to many lions, cheetahs, hyenas, leopards roaming around freely. The crocodiles and hippopotamus can be seen at the river or the lake. Roughly estimated 2 million species of mammals and more than 500 bird’s species live around there. The place is deﬁnitely a treat for nature lovers. Different sorts of breakfasts, lunches, and dinners are served to guests along with the accommodation.

DAY 1- Pick up from airport/hotel

After breakfast,about 125 km/2/3hours  driving to LAKE Manyara National Park entrance gate payment and registration after driving inside the park and have full game driving around in the park spotting your eyes around to see wildlife animals.

Animals to see in this park is different types of monkey,lots of Bird's   spices  like Flamingos, Ostrich also big animals Climbing trees Lions, Maasai Giraffe, Zebra, wildebeest, and lake Manyara it self which found below the Great Rift Valley escarpment.
In the afternoon going to picnic site to have lunch boxes. After proceeding with game driving around before exiting the park back to the camp/lodge Panorama Camp for dinner and overnight.

DAY 2: Have an early breakfast at 6:00am,driving about 45 minutes to Ngorongoro National park gate,Registration and payment of park fees,after driving inside the park full game driving around down the CRATER floor the largest un flooded and un broken caldera in the World. Of 19.2km in diameter, 610m descend  deep and 304sq  km in area. What to see around is Maasai  Culture   with there houses Cows and goats, this are nomadic people only allowed to live in the park. Also allowed to take there animals into the CRATER floor for water,grazing but not to live or cultivate there. 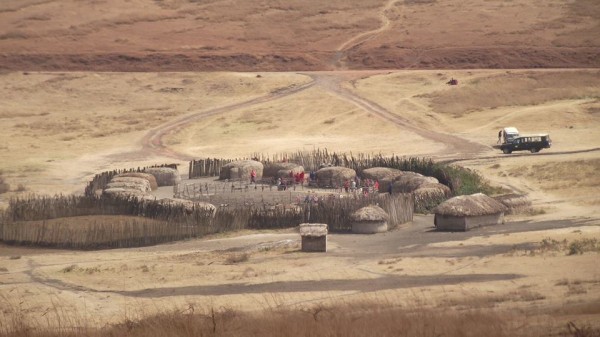 In the CRATER floor highly recommended to expect to  spotting all the big five animals,Lions,Rhinoceros (black rhinos),Buffalo,Leopard also Hippopotamus,small mammals larger population of wildlife of up to 25,000 predominantly grazing animals.
Different species of birds, duck, Lesser flamingos, crowned cranes, and ostrich. So this is the World Heritage,   the first skull of the Zinjanthropus,commonly known as (Nutcracker Man)    who lived about 1.75 million years ago was found here.
Warmly welcome, enjoy your lunch time to the picnic site at the CRATER floor.

Proceeding with the game driving around before exiting the CRATER floor to the camp site, Ngorongoro  Simba Camp, at the top of Ngorongoro Crater. have dinner and overnight.

This park is known as the best sights for the annual migration of hundreds of thousands of plains animals. Principally Wildebeest and Zebra in clockwise direction.
Home of Lions and other Predators like Cheetahs, Leopards and hyenas. Crocodiles found in Grumeti Rive, also hippopotamus(Kiboko). 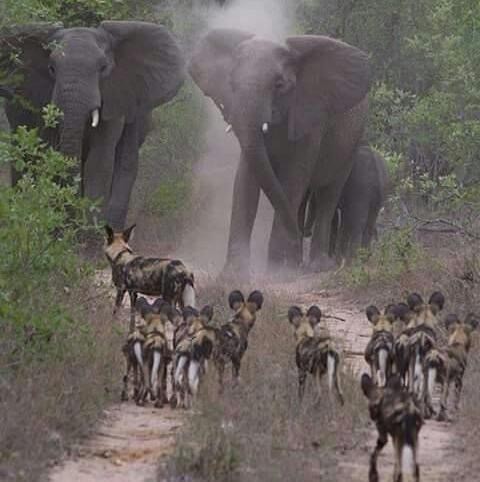 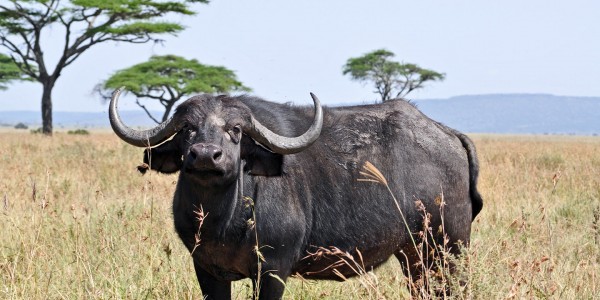 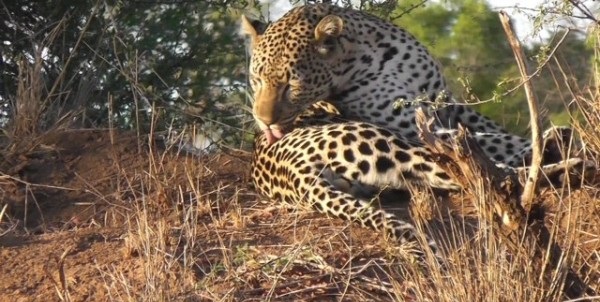 Proceeding back to your camp for dinner and overnight. Seronara campsite.

DAY 4: Early morning at 5:00am cup of coffee/ and with a Bush breakfast with game viewing sunrise in Serengeti,driven across the Serengeti the vast plains in a search of Migration corridor depending on the time remote North corridor of Serengeti,Mara River (130km from Seronera) near the border of Kenya Maasai  Mara  in other way could be in the Southern corridor,Grumet River (Ndutu Area).With 2 million larger animals as well as 500 species of birds.
After proceeding to the the camp Lobo about 60km/ 1 hour, dinner and overnight here.

DAY 5: On this day after breakfast 6:00am driven about 424 km/ 6/7hours  across Serengeti towards Ngorongoro National park,while continuing viewing game while you existing the park's then stopping at Karatu for lunch, back to your choice hotel at Arusha/ Moshi City.
Overnight and proceeding with another time table. 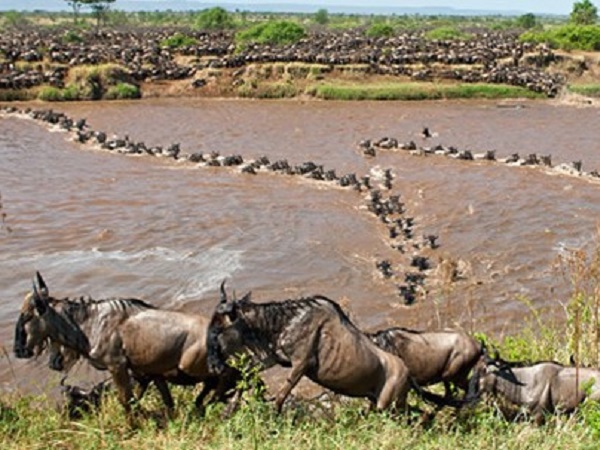 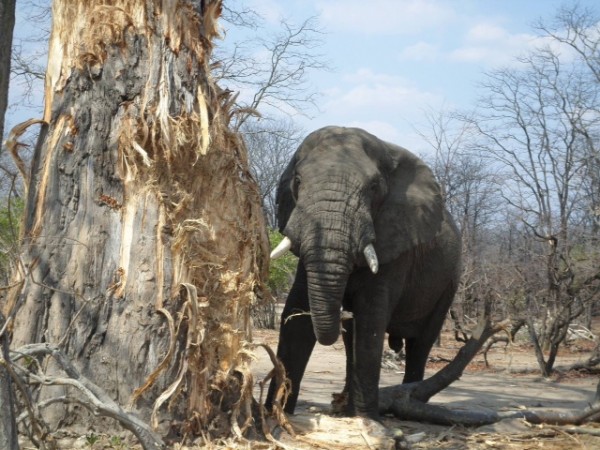 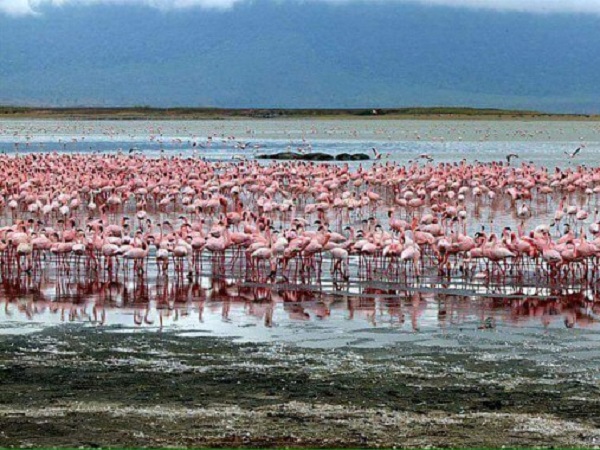